Weekends Are Tough Times For Dieters

It’s time to reward ourselves after the busy work week, so we take time to relax, maybe have a meal or two out or get together with friends.

And that often involves eating and drinking. But if you aren’t reasonably careful, you could easily undo a week of good behavior between Friday night and Monday morning. 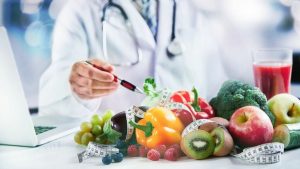 Weekends are tough times for dieters

For most people, checking your weight at the beginning of the week isn’t all that productive, since the damage has already been done.

It’s likely you’ll just be ticked off with yourself for your weekend binges, and your weight will be pretty much where it was the week before.

So, I suggested to my client that he weigh himself on Friday morning, instead. When his week has gone well, a Friday weigh-in would tell him so—and he’d be more likely to stay on track during the weekend.

Most people use part of their weekend time to get ready for the week ahead, so a good strategy is to spend a little time in the kitchen preparing some healthy meals for the work week ahead. Plan your week’s meals before you grocery shop, make a list, and don’t go to the store on an empty stomach.

Some people use the weekends for a longer, more intense workout, but others have a tendency to slack off. If you’re not up for your usual workout, use your leisure time for something different that you may not have time for during the week. Maybe take a hike, shoot some hoops or spend some time in the garden.

Some people cut back too much during the week, figuring they have a lot of extra calories saved up for a weekend splurge. But a large plate of nachos and a couple of Margaritas, for example, could cost you well over 1000 calories. That’s a pretty big setback even if you’ve been careful all week. And that’s just one meal—keep eating like that all weekend, and you’re likely to get nowhere fast.

When you’ve been sticking close to your diet plan all week, it’s natural to want to reward yourself. But rewarding yourself with food is probably not the best approach. Of course, you should go out and enjoy yourself, but let the relaxing time you spend with friends and family be a reward in itself. You’ll be more successful at managing your weight if you stick fairly close to your healthy eating patterns, food choices, and portions—no matter what day of the week it is.