Vaccine development exceeded everyone’s expectations. But the next few months will still bring many sick people — and doctors have woefully few drugs with which to treat them.

Nearly a year into the coronavirus pandemic, as thousands of patients are dying every day in the United States and widespread vaccination is still months away, doctors have precious few drugs to fight the virus.

A handful of therapies — remdesivir, monoclonal antibodies and the steroid dexamethasone — have improved the care of Covid patients, putting doctors in a better position than they were when the virus surged last spring. But these drugs are not cure-alls and they’re not for everyone, and efforts to repurpose other drugs, or discover new ones, have not had much success.

The government poured $18.5 billion into vaccines, a strategy that resulted in at least five effective products at record-shattering speed. But its investment in drugs was far smaller, about $8.2 billion, most of which went to just a few candidates, such as monoclonal antibodies. Studies of other drugs were poorly organized. 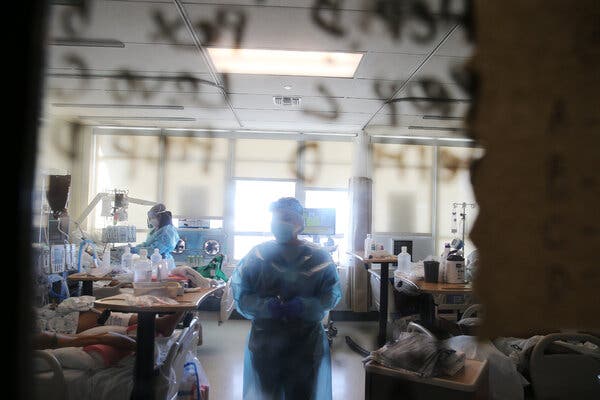 The result was that many promising drugs that could stop the disease early, called antivirals, were neglected. Their trials have stalled, either because researchers couldn’t find enough funding or enough patients to participate.

At the same time, a few drugs have received sustained investment despite disappointing results. There’s now a wealth of evidence that the malaria drugs hydroxychloroquine and chloroquine did not work against Covid. And yet there are still 179 clinical trials with 169,370 patients in which at least some are receiving the drugs, according to the Covid Registry of Off-label & New Agents at the University of Pennsylvania. And the federal government funneled tens of millions of dollars into an expanded access program for convalescent plasma, infusing almost 100,000 Covid patients before there was any robust evidence that it worked. In January, those trials revealed that, at least for hospitalized patients, it doesn’t.

The lack of centralized coordination meant that many trials for Covid antivirals were doomed from the start — too small and poorly designed to provide useful data, according to Dr. Janet Woodcock, the acting commissioner of the Food and Drug Administration. If the government had instead set up an organized network of hospitals to carry out large trials and quickly share data, researchers would have many more answers now.