Sweetened drinks are not generally considered healthy for anyone, but they may be particularly harmful to the elderly.

Researchers report that consumption of both sugar-sweetened and artificially sweetened drinks is associated with an increased risk for frailty in men over 60. 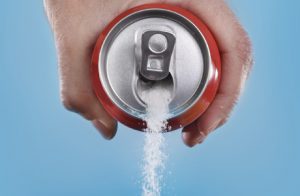 Sugary drinks may be bad for aging

The scientists defined frailty as meeting at least three of five criteria:

fatigue, reduced strength, low aerobic capacity, having five or more chronic illnesses, and having at least a 5 percent weight loss during the last two years.

The study, in PLOS Medicine, included 71,935 men who had filled out food-frequency and health questionnaires periodically from 1992 to 2014. During that time, 11,559 of the men met the criteria for frailty.

Men who drank two or more servings of sugar-sweetened beverages a day were 32 percent more likely to become frail than those who drank none. For artificially sweetened drinks, the results were similar — a 28 percent increased risk for men who had two or more servings a day. The study controlled for age, smoking, alcohol intake, and much other health and behavioral characteristics.

“This is a very large study with many years of follow-up,” said the lead author, Ellen A. Struijk, a researcher at the Autonomous University of Madrid, “but it still needs to be repeated in different populations before we can draw final conclusions.”

Consumption of both sugar-sweetened and artificially sweetened drinks was tied to an increased risk for frailty in men over 60 according to recent studies.