About a quarter of Americans don’t want to get vaccinated.

As the United States begins the most ambitious vaccination drive in its history, with images of relieved health care workers getting a shot in the arm flashing across TV screens and news sites, fresh data revealed that more than one-quarter of Americans say they probably or definitely would not take a coronavirus vaccine.

That is according to a survey released on Tuesday by the Kaiser Family Foundation, which found that Republican, rural and Black Americans are among the most hesitant to be vaccinated.

The skepticism, while not totally unanticipated, still represents a challenge as the country tries to tamp down exploding infections, hospitalizations and deaths. On the same day as the first inoculations were administered, the United States passed 300,000 deaths — more than any other country. 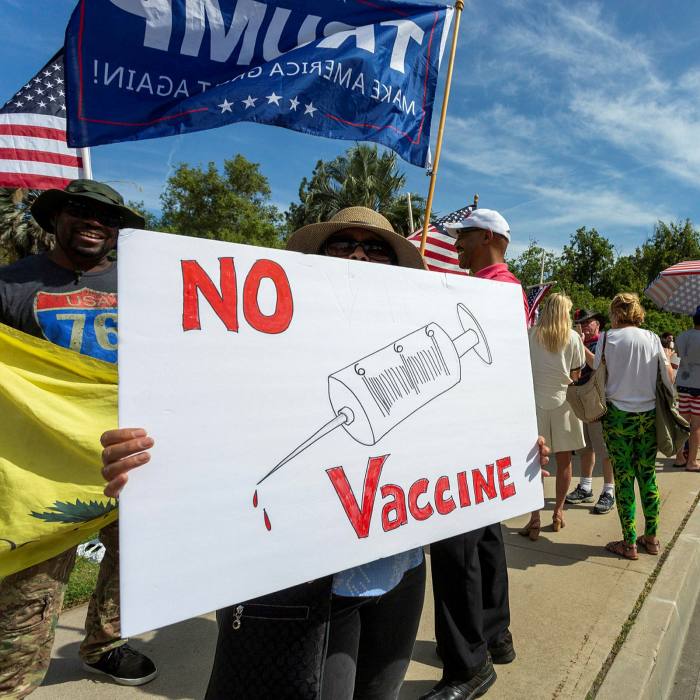 About a quarter of Americans don’t want to get vaccinated.

The country is averaging more than 2,400 deaths a day, even more than in the spring. More than twice as many deaths are being announced each day than just a month ago.

The survey was conducted between Nov. 30 and Dec. 8 among a nationally representative random sample of 1,676 adults ages 18 and older (including interviews with 298 Hispanic adults and 390 non-Hispanic Black adults).

It is the first report from a new “Covid-19 Vaccine Monitor” that the Kaiser foundation has established to deeply examine the public’s views about coronavirus vaccination, and to track experiences in getting shots. Such information will be essential for public health experts who are trying to encourage vaccination.

Over all, 71 percent of respondents said they definitely would get a vaccine, an 8 percent increase from what Kaiser found in a September survey. Roughly a third (34 percent) now want the vaccine as soon as possible.